Although Gallego purported to support law enforcement and touted his vote in favor of a pro-law enforcement funding package in September, he has made some interesting hires to help with his Senate campaign. 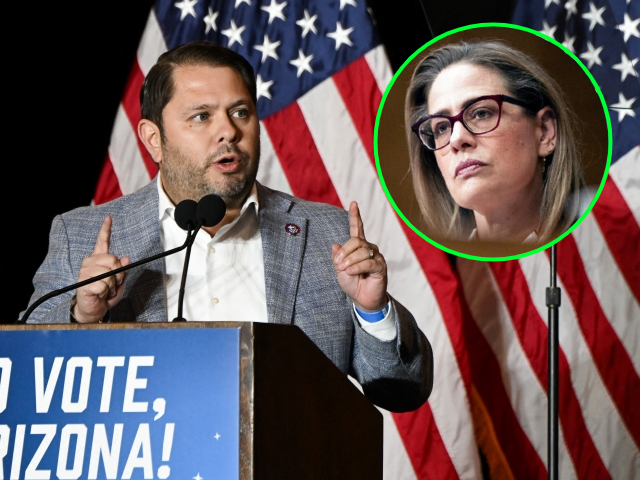 However, Fox News unearthed anti-law enforcement tweets from Katz’s past.

“We don’t have to imagine this. We’ve seen black people with no weapons getting the s*** beat out of them for peacefully protesting all over the country. The police are most certainly not standing by and watching,” Katz reportedly tweeted in the aftermath of George Floyd’s death in 2020.

“The police are walking these protestors out of the Capitol. No handcuffs. ‘Peacefully moving them off steps’ AFTER THESE F****** BROKE INTO THE US CAPITOL,” Katz reportedly tweeted on January 6.

Gallego also added Chuck Rocha to his team, a strategist who tweeted in 2020 that the “trauma” police cause should not be forgotten. Rocha, who will lead Gallego’s Latino outreach, also claimed that law enforcement beats and bullies people based on their race, according to Fox News.

Keep in mind the trauma that all this thrusts on us who have been beaten by the police and bullied by police because of our appearance. Check on your friends and neighbors and be there for them right now #BlackLivesMatter  #righteousanger

Jordan Dixon-Hamilton is a reporter for Breitbart News. Write to him at jdixonhamilton@breitbart.com or follow him on Twitter.