Los Angeles-native Sean Kia, 31, has been a bit busy the last few years.

Between 2019 and now, Tides Equities — the investment company he founded in 2016 and has run ever since — has built a small empire of apartment complexes in Sun Belt cities like Las Vegas, Dallas, Houston, and Phoenix.

Just three years ago, Tides owned $2 billion in the apartment properties. Today, that number has grown to $7.5 billion, according to Kia.

In that time frame, Kia said Tides has grossed hundreds of millions of dollars for itself and its investors by fixing up decades-old buildings and reselling them. Tides deployed $7 billion in 2021 and 2022 alone, making it one of the country’s most prolific buyers even as the overall market for multifamily properties was cooling, due to rising interest rates.

With Kia at the helm, Tides counts more than 600 individuals as his investors in addition to family-office and private-equity capital, including major firms such as KKR. The company now has 31,000 units across its portfolio.

This was a vision that Kia had at just 25.

After several years in the business of buying and selling apartment buildings for other companies, Kia noticed there were ways to make the process more efficient by reducing renovation times.

After several years in the business of buying and selling apartment buildings for other companies, Kia noticed there were ways to make the process more efficient by reducing renovation times. 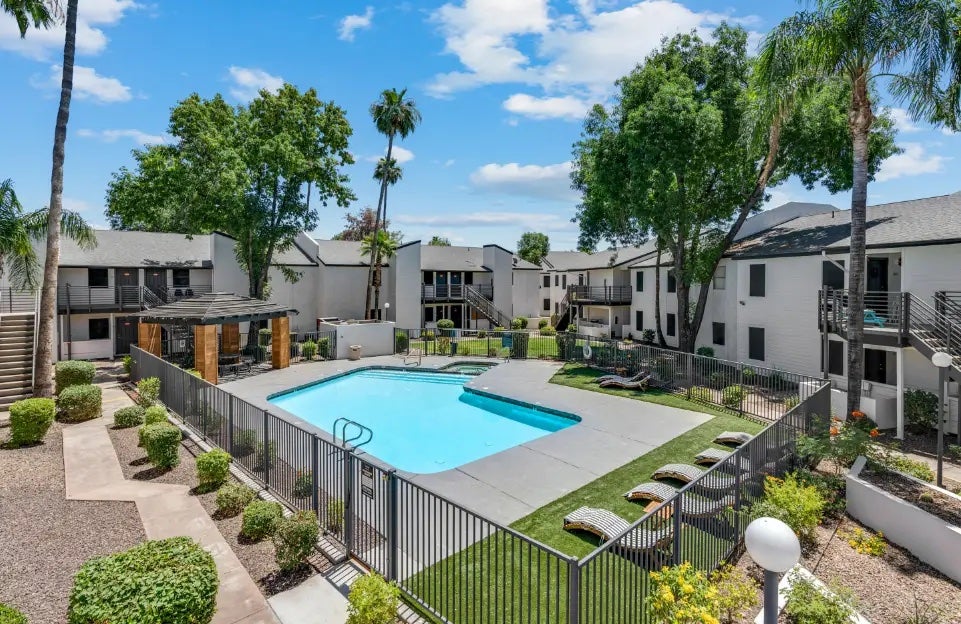 The Tides on 7th apartment complex in Phoenix was a recent acquisition. Tides Equities via Business Insider

So, he started Tides and applied the Ford model of large-scale production to his deals. The assembly-line approach was useful for his primary trade, which was to renovate the properties and sell them at a profit.

“Let’s create an assembly-line approach to real-estate investing and do the exact same thing on every single building that we buy,” he said, recalling the drive to start his business. “Because when you eliminate variables, you eliminate risks.”

Because Tides uses much the same renovation plan for each acquisition, it can often start the work even before the ink on the sale contract dries. That’s possible because the company typically secures its financing in advance.

Another secret of Kia’s is his attention to location. Cities must be fun, affordable, ripe for in-migration and positioned for job and wage growth, he said.

He’s been checking those boxes since he got a start in Phoenix, which became home to some of the company’s bread-and-butter investments. The typical renter had been paying only 20% of their income on rent, which represented “really good affordability,” Kia said.

“It seemed like it had all the fundamental sort of tailwinds that could really help propel Phoenix to one of the major investment markets,” he said. “Fast forward a few years later, we’re absolutely right. Phoenix is in the top five markets in the country.”

Three Letters That Will Make Your Company More Successful and Sustainable