Calado will join fellow factory Ferrari GT racers Daniel Serra and Davide Rigon at the wheel of Risi’s #62 Ferrari 488 GT3 Evo in the GT Daytona Pro class for the 10-hour classic at Road Atlanta on October 1.

It marks the team’s first Petit Le Mans outing since 2019, and completes its participation in this year’s Michelin Endurance Cup rounds, following its appearances in the Rolex 24 at Daytona, Mobil 1 Twelve Hours of Sebring and Sahlen’s Six Hours of the Glen.

Team owner Giuseppe Risi commented: “Our team has a long history at Road Atlanta for the Petit Le Mans race. Because we won in the inaugural Petit race here in 1998, it always holds a special place for me.

“Since that first outing 25 years ago, we have been on the podium, including the top step, a number of times. That certainly never gets old. We always strive for a victory, so we will look to do just that again this year.”

Calado last raced for Risi in January at Daytona, where he, Serra, Rigon and Alessandro Pier Guidi finished second in the GTD Pro class.

Serra and Rigon matched that result on the team’s most recent IMSA appearance at Watkins Glen in June.

Risi took victory in the now-defunct GT Le Mans class on its last appearance at Petit Le Mans in 2019 with Calado, Serra and Pier Guidi sharing driving duties on that occasion (pictured below).

Rigon will be making his first appearance at Road Atlanta following on from his Watkins Glen debut. 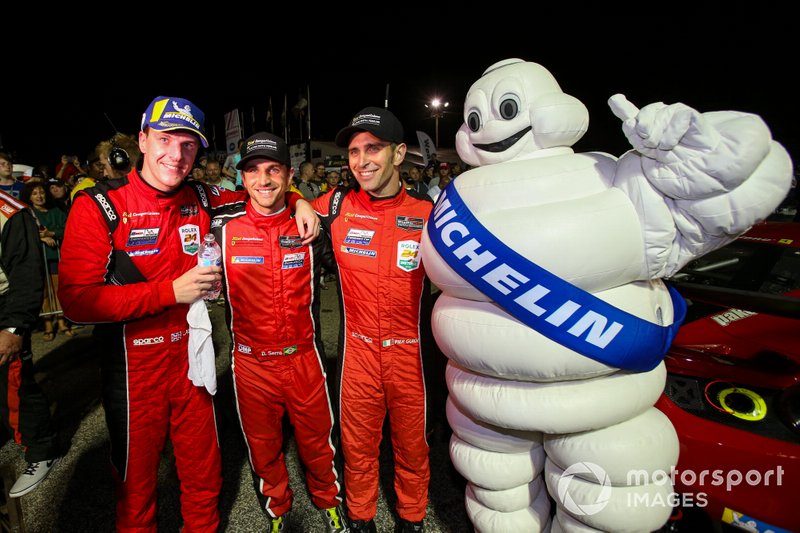 The Commanders’ latest tribute to Sean Taylor is insultingly bad

US facing long odds vs. England at sportsbooks

Three Letters That Will Make Your Company More Successful…

This Founder Was Dismayed by Food Waste in the Restaurant…

Airbnb Just Made It Much Easier to Rent Your Apartment…